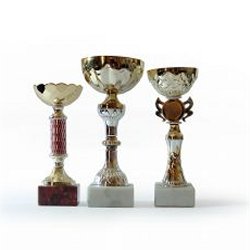 Walter Brown, (1905 – 1964) was the first owner of the Boston Celtics. He played a major role in uniting the BAA and the National Basketball League into today’s NBA.  The Walter A. Brown trophy is on display in the Basketball Hall of Fame in Springfield Massachusetts. In 1977 a new trophy was designed for the league, but the name remained the same. END_OF_DOCUMENT_TOKEN_TO_BE_REPLACED