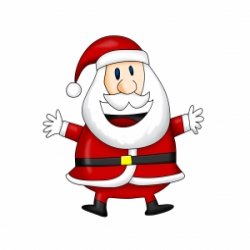 Christmas is the best time of the year for many of us. We get together with our loved ones, we share presents, and we sing Christmas carols. However, there are some interesting facts about Christmas that very few people are actually aware of.

1. Jesus Christ Was Not Born On December 25

As we all know, Christmas celebrates the birth of Jesus Christ – however, few people know that Jesus was actually born on the 20th of May. Christmas actually has its roots in various pagan festivals (like Saturnalia or the Birthday of the Unconquerable Sun). The Church strongly disapproved of these particular celebrations.

Back in 380 AD, the Church in Rome decided to celebrate Jesus’ birthday on the 25th of December, in an attempt to unite various regions. Since that time, Christmas has been a universal day of celebration for more than 16 centuries!

Mistletoe was considered sacred by the ancient Druids due to the fact that, unlike other plants, it remains green during the winter. Druids believed that mistletoe was able to cure infertility, to ward off evil spirits and to cure the mentally ill. Today, kissing under the mistletoe is a sign of true love, fortune and good luck.

3. The Protestant Reformer Martin Luther Was the First Person to Decorate a Tree

Have you ever wondered where does the Christmas tree tradition come from? If so, you should know that Martin Luther, the well-known Protestant reformer, was the first person to decorate an evergreen tree. The legend says that he decorated the tree with candles because he wanted to share the beauty of burning candles with his children.

The story of Santa Claus as we know it today was actually real – Santa Claus did exist! He was born in the 3rd century AD, in Turkey, and he was known all around the country for his kindness. Santa Claus used to offer gifts or money to poor children. As opposed to popular belief, Santa Claus did not really wear red clothes – as a matter of fact, this picture was depicted in the 1823 poem, “The Night Before Christmas”. Other than the red clothing, everything about Santa Claus was true (well, except the fact that he was born in Turkey, he did not live at the Arctic Circle.)

This is another interesting fact about Christmas that very few people are aware of. The song “Jingle Bells” as we know it today was firstly named “One Horse Open Sleigh”, and it was written by James Pierpont around the middle of the 19th century. Initially, it was a song designed to celebrate Thanksgiving. Because it wasn’t extremely popular at that time, Pierpont released it two years later, under the name “Jingle Bells”. The song then became very popular, and millions of people all around the world are still singing it today!

6. The Story of Hanging Christmas Stockings

As children, we have all hanged Christmas stockings by the fireplace, but how many of us know how this tradition started? Legend says that this derives from a Dutch custom – the Dutch people used to leave food in stockings for Saint Nicholas’ donkeys to eat. In exchange for the food, Saint Nicholas would put presents in the stockings. The tradition is still alive today – children hang their stockings in the evening, hoping that they will find them filled with candy and gifts when they wake up.

Last, but certainly not least, we all know how important Christmas gifts are. We might tend to believe that Christmas presents are a modern invention that came as a following of capitalism, but this is not so! In fact, the Romans were the first ones to offer gifts for Christmas. Of course, the gifts were very different back then, and they usually consisted of figurines, drinks, set tables and such. This is now a beautiful tradition that is celebrated all around the world!

To sum up, these are seven things you might not have known about Christmas. Now you know how some of the most popular traditions have started, and that contrary to the popular belief, Jesus was not born on the 25th of December. Christmas is a time of joy, and the smell of fresh evergreen trees, hot chocolate with cinnamon and cookies and milk has brought people together for many centuries!