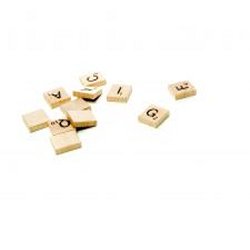 One of the best known board games in the world is Scrabble. There have been more than 150 million copies of this game sold throughout the world. It has been used for years by many countries to help students to learn English. Scrabble has not only been made available in countless countries, it is available in many different formats. There are travel versions, computer versions and even Braille versions of this fun word game.

Scrabble is played on a square board with 15 spaces across and 15 down, there are 225 squares on the board. When the game was first played you did not use a board, you only had the tiles.

The highest known score for a single word is 392. The word used by Dr. Saladin Khoshnaw in 1982. The word was craziques which means Indian Chief.

There are 100 tiles in the original game. If however, you are playing the game in either Portuguese or Italian there are 120 tiles. END_OF_DOCUMENT_TOKEN_TO_BE_REPLACED