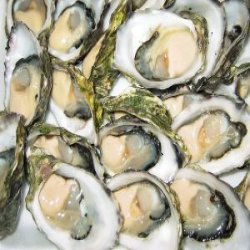 Oysters can be eaten year round. There is an old wives tale that says you should only eat oysters in months that have a “r”. in them. This a myth. END_OF_DOCUMENT_TOKEN_TO_BE_REPLACED