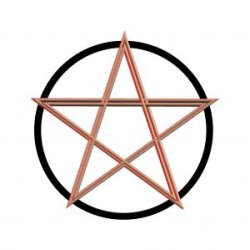 Wicca is a new religion. Although many of the characteristic and practices date back for hundreds of years the laws and ethics of the religion only date back as far as the early part of the 20th century. Many people believe that Wicca is synonymous with witchcraft, that is not exactly true. Practitioners of Wicca do consider themselves to be witches, but not all witches practice Wicca. There are some witches who still believe and practice more ancient druidic rituals.

Wicca is a growing religion and by that I do not just refer to the number of people who are practitioners. The laws, tenants and moral codes vary greatly between witches and their covens. There are many different versions of the laws, spells and rituals.

Wicca is a modern version of witchcraft. It is also called The Craft or Witchcraft. Wicca is a recognized religion in the United States.

Not all witches practice Wicca. Wicca, was founded in England during the early part of the 20th century. Gerald Gardner, helped establish Wicca in the 1950’s. He wrote a book called Witchcraft Today which was published in 1954.

The Wicca religion is characterized by a code of morality, the ritualistic use of magic and the celebration of eight festivals which are based on the seasons.

Wicca recognises five elements, earth, air, water fire and aether. Aether is the spirit that unites the other four elements.  Each element is symbolised as one point of the pentagram.

A witch records her spells and rituals in a type of diary which is called a Book of Shadows. The Book of Shadows might also include, laws, ethics and philosophies. A witch might also record any notes or information within her book, that she deemed to be significant.

Wiccan laws are also called The Laws, The Ardanes, The Craft and The Old Laws.

Wiccans do not practice black magic nor do they sacrifice animals. Wicca has nothing to do with Satan, evil spirits or demons. Witches do not believe in Satan, he is part of the Christian faith and has no place in their religion.

Black is often worn by witches because of its protective powers. It is not considered to be evil by the Wiccans, instead they view black as the embodiment of all colors.

Wiccans use both herbs and candles in their rituals.

The Wiccan religion is based on the belief that god is an all powerful force that has no gender. In many ceremonies Wiccans use both a goddess and a god.

The term witch refers to both males and females. Wiccans do not use the term warlock. The word warlock stems from a Scottish word which means oath-breaker or traitor.