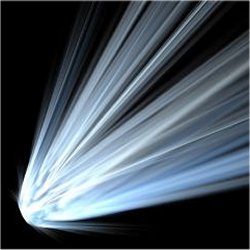 Edmund Halley was the first person to recognize that comets traveled in orbits. He was able to expand on Sir Isaac Newton’s laws and principles about motion and gravity. Halley used Newton’s mathematical formulas to correctly predict when the comet would reappear. Halley  made these predictions in his Synopsis Astronomia Cometicae, published in 1705.

Comets are celestial bodies that orbit the sun. They have a nucleus which is usually made up of gas, dust, and ice. These solar bodies have two tails. One tail is made up of charged gases, the other of dust. Solar winds blow the tails of the comet away from the sun so that the tail actually leads. Either one of the comet’s tails can exceed 100 million miles long.