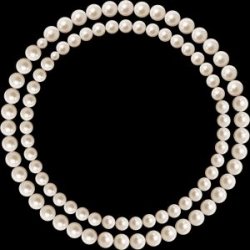 How does an Oyster make a pearl?

The first thing to know about oysters and pearls is that not all oysters make gem quality pearls and some species do not make pearls at all. There are two basic groups of oysters, edible oysters and pearl oysters.

Those that are edible, come from the Ostreidae family. Oysters in this family include the Pacific Oyster, the Wellfleet Oyster and the Belon Oyster. Edible oysters are often referred to as true oysters.

Pearl producing oysters are from the pteriidae or feather oyster family.
Oysters from this family are able to produce both natural and cultured pearls. Pearls are created when a foreign substance gets inside the shell of an oyster. The material is annoying and abrasive to the oysters unprotected soft body. The irritant is quite often a parasite that gets into an oysters shell and not a grain of sand., as many people believe. To counter this irritant the oyster begins to produce a substance called nacre. Nacre is better known as mother of pearl. The oyster covers the foreign material or parasite with layers and layers of nacre which forms a pearl.

What is the difference between a natural pearl and a cultured pearl?

Both  cultured and natural pearls are made in the same way. The oyster coats an irritating foreign substance with layers of nacre. The reason that natural pearls are so valuable is because you will only get a gem quality pearl about one in every 10 000 pearls. This is because the nacre will take the shape of the foreign substance and many of the pearls produced will be irregular. They also may be of poor color or quality. The other reason is that it takes between three to six years to get a decent sized pearl.

A cultured pearl is produced by artificially implanting a substance into the oyster. The process of implanting in oysters was perfected by a Japanese man by the name of Kokichi Mikimoto. He took out a patent on this process in 1916. There are three major advantages to using this method. One, you can almost guarantee that the oyster will begin to form a pearl and not have to rely on nature to introduce a foreign material into the oyster. The second is that you can introduce a perfectly round irritant into the oyster. And, the third is that you are able to control what the initial substance is. Small pieces of shell, or mother of pearl is often used as the implant.

Are Oysters an aphrodisiac?

This question has been debated for years. Oysters according to Fisheries and Oceans Canada contain dopamine. Dopamine is a neurotransmitter. It affects brain functions that deal with mood, motivation and prolactin. Prolactin is associated with sexual gratification and release.

Note, if you want the dopamine to enter your body faster you have to chew your oysters.

Oysters also contain zinc. Males who have a low sex drive are encouraged to eat foods that have a high zinc content. Males who have low levels of zinc have low testosterone levels. A male can get a full day’s supply of zinc by eating 4 or 5 oysters.

Are oysters an aphrodisiac? They certainly can have affects on systems that are related to sex drive.