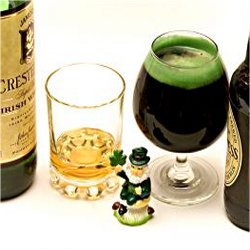 It is often said that everyone is Irish on St. Patrick’s Day! The feast day of Saint Patrick is a holy day in the Catholic Church. The holiday is also recognized by the Anglican church, the country of Ireland and many other English speaking countries.

St. Patrick’s Day often falls during the period of Lent due to the fact that Easter is not celebrated on a fixed day. If the feast of St. Patrick falls during Lent, which is a fasting period, the fasting does not have to be observed. If St. Patrick’s Day falls during Holy Week, the 7 days leading up to Easter, the Catholic Church will reallocate the date of the feast. This last time this happened was in 1940, when St. Patrick’s Day would have fallen on the same day as Palm Sunday. The Church moved the date to the third of March, to avoid a conflict. Thankfully, this does not occur very often.